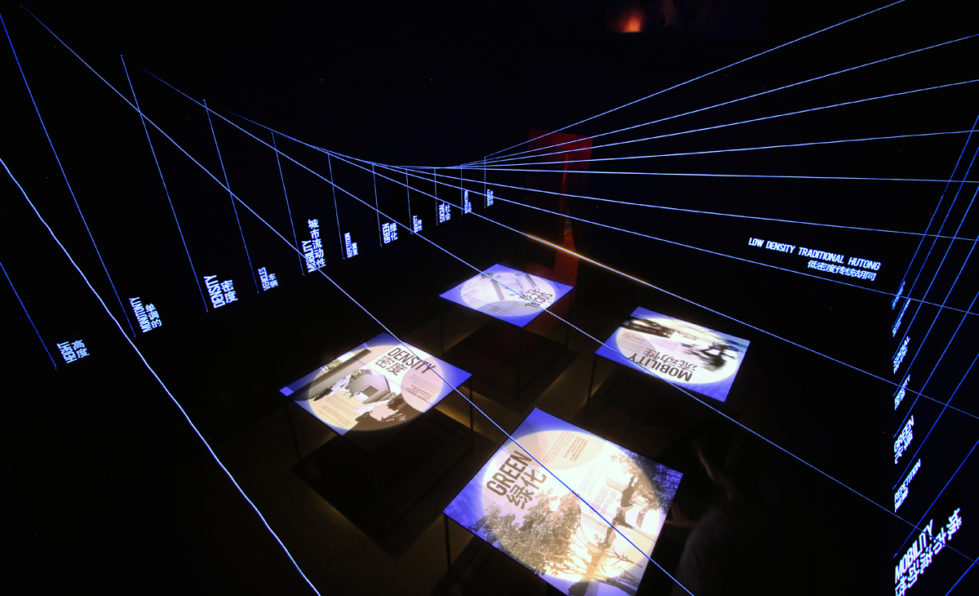 Located in a traditional Hutong, this exhibition space develops as a dark environment where the public can be engaged by a three-dimensional graphic, multi-media installations, and a 2 sqm interactive touch-screen with an urban videogame.

“Next stop: Hutopolis” was a retrospective, at the 2011 Beijing Design Week, on the urban condition of the Chinese capital, and specifically of its old hutongs. The exhibition sought to establish a relationship with the audience, starting a dialogue before the presentation of the research program organised by our practice. 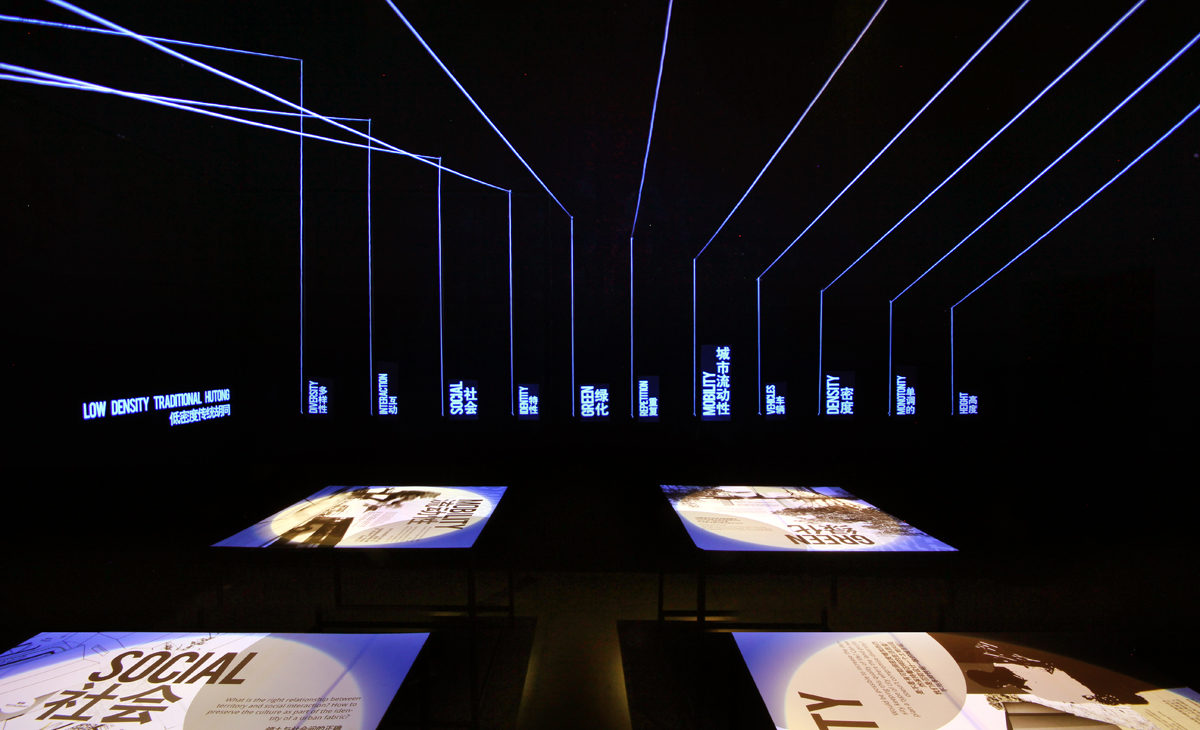 The discourse took off from a broad picture of the old town, then continued with a more specific analysis of the relevant architectonic factors, and concluded with a virtual re-composition of the city’s ideal image.
A series of boards raised questions about the values that pervade the old and the current urban planning model, following four basic principles: green areas, social interaction, density and mobility.

The main room, a suggestive cubic space, housed a three-dimensional info-graphic where many data and facts from these two colliding urban models were connected by white wires. These lit, straight lines unfolded as a ruled surface covering the ceiling and connecting both walls. 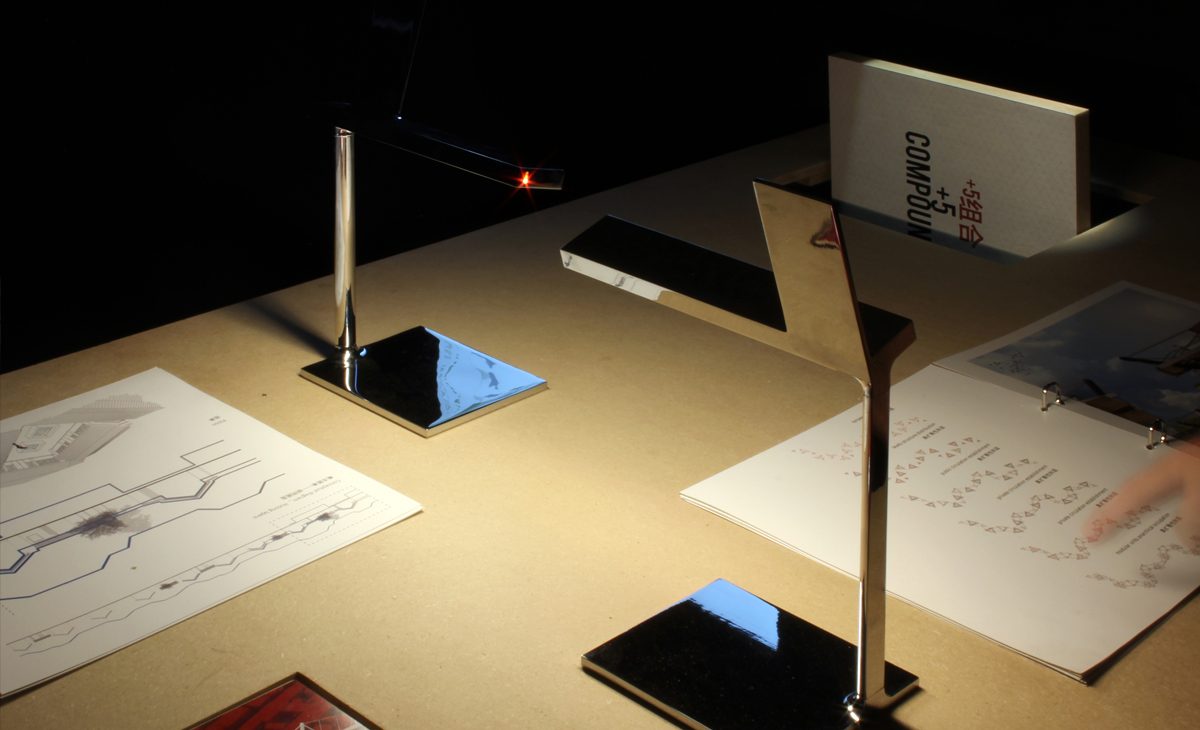 This thematic discourse was finally complemented by a series of movies, which offered a close and rich approach on the hutongs topic: the way of living and the most personal portraits of their urban and social conditions. The video installation was displayed in small personal plasma screens, so that the visitors could get emotionally closer to the narration, and intimately watch and listen to the stories of the people interviewed.

The tour ended with a touch-screen application, that allowed the audience to interact with a hutong map, and to understand their morphology and functions with a special urban game. Here, visitors could drag on the screen different building typologies on an empty canvas, and thus create their own hutong map and understand how the above-mentioned principles (green areas, social interaction, density and mobility) work in the virtual model. 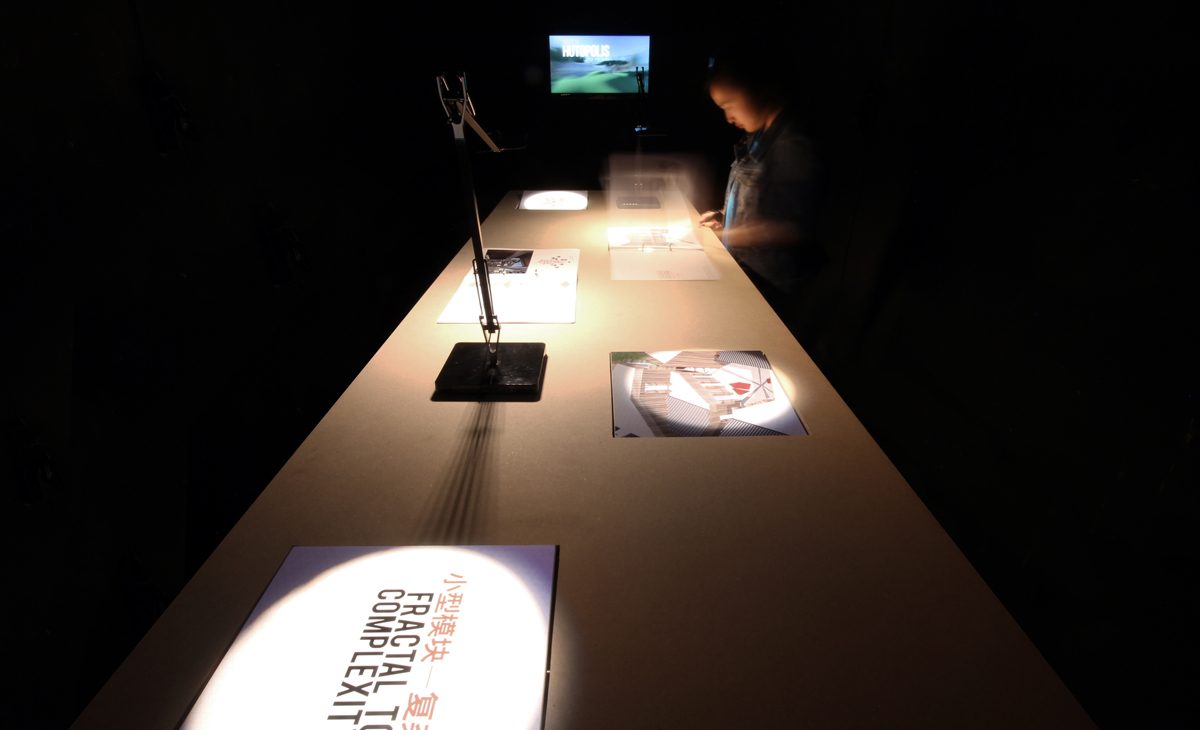 One year later, when the research program was concluded, the exhibition was re-opened under the title “City Visions”, showcasing this time the work developed by the students that had been involved. Eleven projects were featured, and eventually sorted in four categories: proposals for increasing urban density, soft-urbanism interventions, new residential typologies, and other strategies.

All the graphic material obtained in this way was arranged on long tables where rotating panels, screens and booklets were integrated. This disposition was intended to offer a first, quick image of each project and the concept behind it, with the possibility to continue and provide the visitors with a deeper theory in the project’s publications.

the detail of the exhibition desk

the table with rotating panels

the desk with rotating panels

the table and screen module

from policies to design

lecture at the Iterate workshop

lecture at the Dashilan design hop

ramp up the ‘mun

hospital in the forest